Sam Kressin has been drawing and creating comics since he was in the 3rd grade. Sam began self publishing his work in 2012 and launched his first webcomic Worlds Deadliest in 2013. He has had his work featured in galleries and art shows and has had work published in Grappling Legends Magazine. He has published Strength Monsters and a number of illustrations and freelance work. Recently Sam was able to successfully raise several thousand dollars on Kickstarter for his most recent Strength Monsters comic book project. Sam continues to study comic book art and illustration under the Legendary comic book inker Josef Rubinstein.

Sam began his martial arts training at the age of 8 years old in Pacific Beach California under the late Fred Kenyon. He continued to study under Fred’s son Daymon Kenyon eventually earning the rank of 3rd degree black belt in Tang Soo Do and winning two national championships as well as competing and performing demonstrations internationally. Sam is also a 2nd degree Black Belt in Brazilian Jiu-Jitsu. He studied Catch Wrestling with the late Billy Robinson and earn the title of assistant coach completed two tours to the UK and Italy with Billy assisting the Catch Wrestling Master at his seminars and clinic. Sam has also studied boxing extensively with Trent Suzuki (1999-2004) and Rodney King (2007-2015 of the Crazy Monkey Defense Program). Sam has been coaching martial arts professionally since 1999.

Certified Strength and Conditioning Specialist by the NSCA 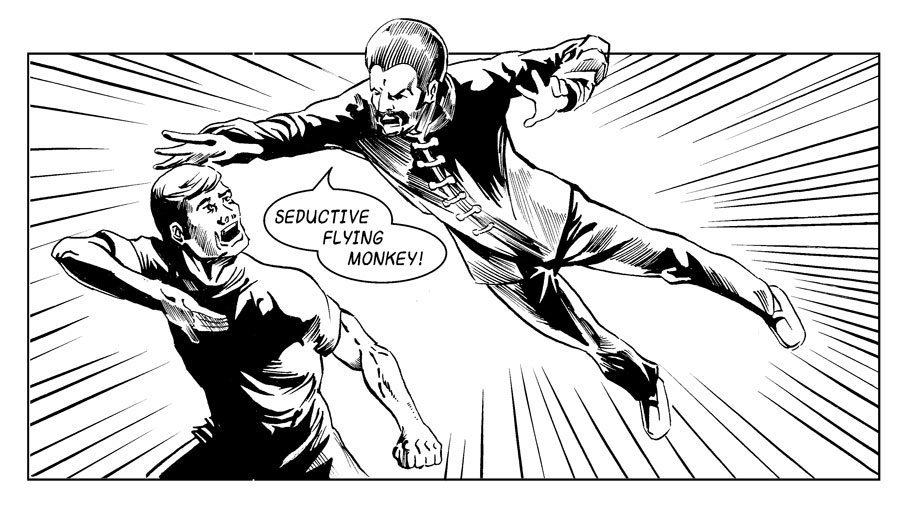